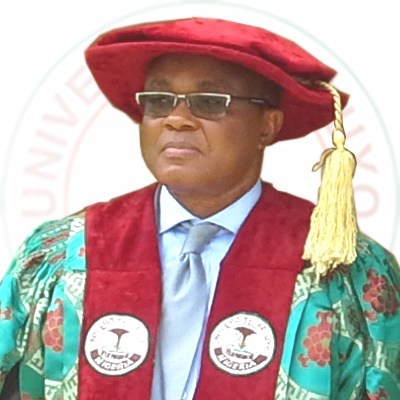 The man designated the next vice chancellor of the University of Uyo, a federal government-owned institution, Prof. Enefiok Essien was indicted in 2005 for forgery and sexual assault by the Court of Appeal, court papers obtained exclusively by PREMIUM TIMES have revealed.

Mr. Essien, a 55-year old professor of commercial law and the current dean, faculty of law, Uniuyo, has been tapped to succeed Prof. Comfort Ekpo as the next vice chancellor of the university on December 1, 2015.

The Court of Appeal, Calabar, Cross River State, handed down the indictment on Mr. Essien on July 14, 2005 while affirming the judgment of the Federal High Court, Calabar, which nullified Uniuyo’s expulsion of a female student, Linda Onyebuchi Essell, from the university over her alleged involvement in examination malpractice.

Uniuyo didn’t appeal the judgment and Ms. Essell went on to complete her first degree in law and graduated from the university.

She was represented at the Court of Appeal proceedings by Obiora A. Obianwu, SAN.

Ms. Essell, as at the time she was accused of examination malpractice in March, 1995, was in her second year, while Mr. Essien was a senior lecturer then.

The fact of the case, according to court papers, is that Mr. Essell submitted unstamped and unsigned answer booklet during her examination in Constitutional Law (PUL 211), and for this reason the university accused her of having pre-knowledge of the examination questions and of bringing pre-written examination answers into the examination hall.

Ms. Essell’s legal victory at both the federal high court and the Court of Appeal was secured on the strength of her argument that she wasn’t given fair hearing by the two panels – Examination Malpractice Panel and the Senate Appeal Panel – set up by the school.

She supported her argument with an affidavit telling how Mr. Essien, the man who several years later would be appointed Uniuyo’s vice chancellor, manipulated the university system against her because she had refused to accede to his love overtures.

Interestingly, it was Mr. Essien, who invigilated Ms. Essell in the PUL 211examination. It was him who accused her of examination malpractice. It was also him who chaired the Examination Malpractice Panel that tried Ms. Estell.

The panel had two other lecturers – Goddy A. Umoh and G. S. Akpan – drawn from the faculty of law as its members.

But Mr. Akpan “dropped out without any explanation and no effort was made to replace him in the panel thereby reducing it to a two-man panel instead of three as originally established,” the court said. “This gives room to doubt the impartiality and independence of the panel as constituted.”

Mr. Umoh, besides being a member of the panel at the faculty of law level, was also a member of the Senate Appeal Panel which was an appellate panel that looked into the recommendations of the former.

The court held that that was a travesty of justice and a serious breach of the rule of natural justice.
But Mr. Umoh told PREMIUM TIMES that he never sat on the Senate Appeal Panel when Ms. Essell’s mater was brought before it.

“I am a member of the Senate Appeals Committee, but I remember when this particular issue came up at the senate committee I declined to be part of it since I was already involved in the panel that tried the case at the faculty level,” he said.
The Court of Appeal faulted Essien’s chairmanship of the panel and the failure of the vice chancellor to hear from Ms. Essell before acting on the recommendations of Mr. Essien’s panel which proceedings the court said wasn’t credible.

In fact, besides stating that the record of proceedings of the panel was replete with many errors which amounted to “a serious breach of the fundamental rights of the respondent,” the court held that the proceedings of the panel must have been tampered with.
“Sometimes in April, 1995 around 1pm, Essien, after our lectures on Contract of which he was the lecturer, summoned me to his office. He told me that I had the last opportunity to redeem my career which was billed for a doom by expulsion if only I could accede to his simple love overtures which will take nothing from me,” Ms. Essell said in her affidavit.

When Ms. Essell refused Mr. Essien’s love overtures, according to the court documents, he told her to prepare to appear with her witnesses before the examination malpractice panel.

Ms. Essell also told the court in her affidavit that Mr. Essien, as chairman of the Examination Malpractice Panel, forged and signed the signature of another member of the panel, Mr. Akpan, as well as doctored the proceedings of the panel.

The Court of Appeal in its judgment delivered by Justice Dalhatu Adamu declared that Mr. Essell’s statements as contained in her affidavit were “serious indictment on Essien”.

Since there was no counter-affidavit by Mr. Essien, the court in its unanimous decision, held that Ms. Essell’s allegations “not having been challenged, contradicted and controverted, must be deemed to be true and correct.”

The court said, “It is surprising and strange that the said Mr. Essien who was the subject of a vicious allegation refused to swear to a counter-affidavit to challenge or contradict or controvert the allegations levelled against him by the respondent”.

While dismissing the argument by Uniuyo’s lawyer, Mike Akpabio, that the allegations against Mr. Essien were duly denied through an affidavit deposed to by the deputy registrar of the university, Samson Brown, the court held that Mr. Brown wasn’t a member of any of the university panels that tried Ms. Essell for examination malpractice, and was therefore deposing to matters outside his personal knowledge.

The Director of Information, University of Uyo, Godfrey Essien said he wasn’t aware of the case and declined to comment on it when PREMIUM TIMES contacted him.

Prof. Essien also refused to speak on the issue when he was contacted by telephone on Friday. He said he had nothing to say on the matter.

However, the Pro-Chancellor of the university, Prof. Kimse Okoko, confirmed to PREMIUM TIMES that the institution’s governing council received a petition against Mr. Essien after the selection process had ended.

Mr. Okoko said the allegations against Mr. Essien, as contained in the court judgment were brought to the notice of the university Governing Council, in which he (Okoko) is chairman, after the council had concluded its work on the appointment of a new vice chancellor for the university.

Mr. Okoko, whose Governing Council appointed and announced Essien as vice chancellor-designate, said it was too late for the council to open an investigation into the allegations against Mr. Essien.

“I still confronted him (Essien) when I got the petition against him, and he told me that the whole court case took place when he was away in the UK for his Ph.D,” Mr. Okoko told PREMIUM TIMES.