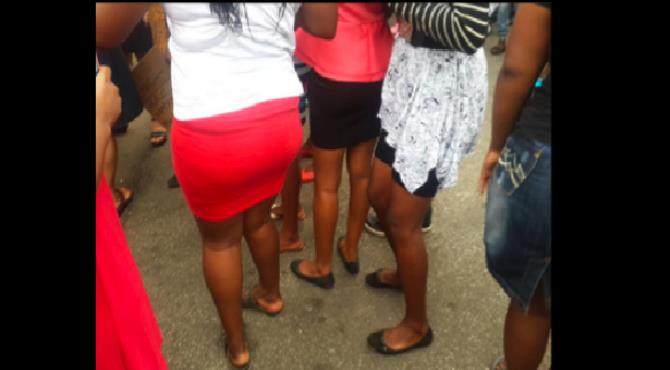 When Shola, who was a 300 Level student of Business Administration in University of Ibadan, was propositioned by one of her core course lecturers, a professor that students dreaded failing his course, little did she know what fate had in store for her. Shola said: “I was surprised when he made his intentions known to me because I was your normal everyday kind of girl who didn’t dress provocatively.  When I rejected his advances, he made it clear that it was either I gave in to him or spend an extra year in school.

“I stood my grounds and had made up my mind to spend the extra year despite being one of the intelligent students in the department. When he saw that I was adamant and he knew he couldn’t defend failing me in the exams, he scored me 40 despite my best efforts.” Today, Shola runs a successful human capacity training business. She is among the lucky few who escaped the clutches of randy lecturers and higher institution staff, especially as most students spend extra years till they give in to these demands.

Today, Shola runs a successful human capacity training business. She is among the lucky few who escaped the clutches of randy lecturers and higher institution staff, especially as most students spend extra years till they give in to these demands.

Nigerian ivory towers have moulded intellectuals that have shaped the destiny of this nation and have spawned icons, who are contributing their quota to national and global development. But these citadels of academic and moral excellence have, pathetically, become havens for randy lecturers, who specialize in sexual harassment, sexual gratification and, in most cases, rape.

That the internet is full of stories and images of how some lecturers, who were bent on sleeping with students before they would allow them graduate, were set up by would-be victims and their friends, have not deterred others from engaging in such acts. The question then is who is at fault for the rise in this malaise— the female students or lecturers.

‘The students’: A mother of two undergraduates and a post-graduate student herself, Mrs. Kate Oragui, emphatically lays the blame at the doorsteps of female students, who dress scantily and provocatively, especially those who she describes as ‘academically and morally bankrupt’.

She said “when I started my post-graduate programme at the University of Lagos, I was shocked to see female students wearing cloths that barely covered their nakedness and I wonder how they would not be sexually harassed or raped by men who can’t control their libido.

“It is boldly written at the school’s entrance that the way you dress determines how you would be addressed. So I wonder why female students can’t respect and cover their bodies. A good number of the victims are either morally or intellectually bankrupt and are willing to do anything to score high grades.”

Blaming the female students, a Combine Arts student of the University of Nigeria, Nsukka, who did not want her name in print, said: “The victims actually play a part in their predicament through their provocative dressing or manner of approaching the male lecturers.

“In cases where such lecturers make promises of good grades, I don’t think I would still consider that as rape. Be that as it may, these ‘good grades’ hardly turn out to be an ‘A’. Rather, it’s usually something less, degrading the self-worth of such a lady that succumbs to such sexual approaches.”

Condemning the act in the strongest terms, a lecturer at the University of Benin, Dr. Daniel Ekharefo, blamed the lecturers, female students and school authorities for feeding this monster. He said: “I wonder the level of perversion of the individuals in such cases. Young people should avoid short cuts to success as many lecturers, who sleep with students, ride on the promise to give good grades to students but end up taking advantage of them.

“Unfortunately, the students, more often than not, are prepared to offer their bodies for marks. What is required therefore, is for students to read hard and stand firm. No lecturer can take advantage of a brilliant and intelligent student. “Lecturers need a moral re-awakening to the ethics of their profession and their place in nation building, and school authorities should open channels of communication where students can ventilate their grievances and report the unethical behaviour of their tutors.”