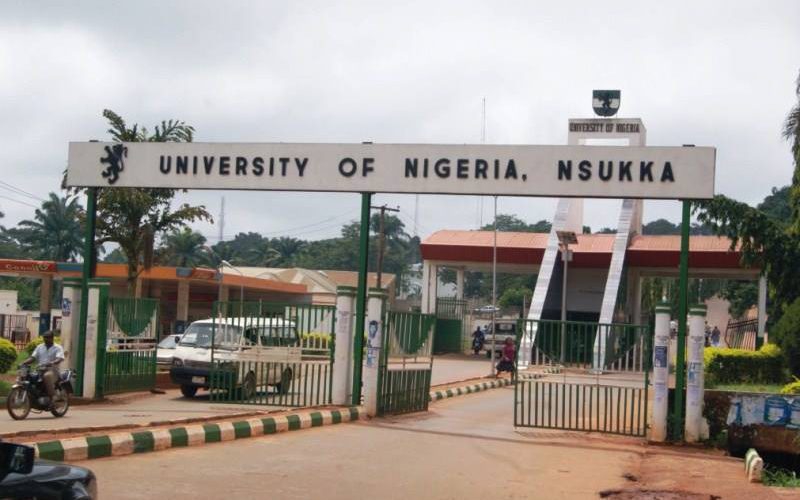 By C.C. Wonders
Reports of sexual assaults on or near Universities in Nigerian campuses rose by almost 50 percent last year, an indication that widespread protests over the way officials handle allegations of rape and assault are having an impact.

In a bizarre development, the rise in reported cases of sexual assault and rape of female university students by lecturers, male members of the academic staff and students across universities in the country calls for urgent attention.

According to the Nigerian Feminist Forum (NFF) a biennial conference that brings together Nigerian feminist activists to deliberate on issues of key concern to the movement, “it is not enough for university authorities to continue to disassociate themselves, single out, disown or suspend individual perpetuators of such grievous crime of gender based violence and abuse of public office and trust without providing any sort of support and care for the victims and their families.”
Per Second News gathered that within the past few months, there have been several notable reports of incidents of rape and sexual violence on female students by members of the academic staff in several universities. In the last week of August 2015, Professor Cyril Ndifon,Dean of the Faculty of Law University of Calabar is alleged to have sexually assaulted a 20 year old, 400 level law student from the same university. On or about July 23 2015 Dr. Akin Baruwa, a lecturer with the University of Lagos, allegedly raped an 18 year old female admission seeker.

Investigation shows that female students who have reported such cases have been subsequently targeted for reprisal attacks by thugs, cultists or university teachers.

According to Geraldyn Ezeakile, from the NFF secretariat, the mass abuse of female university students in Nigeria is fueled by the lack of a consistent and clear policy by university governing bodies and school authorities concerning sexual harassment, sexual assault and rape of female students. Student handbooks and codes of conduct for staff and students are generally ‘silent’ on this and do not adequately address issues of violence against women.

Sexual assaults are hardly mentioned during orientation for first year students neither are there any dedicated channels of redress or support for students who experience this form of violence whilst on campus.

Rape is a crime under the criminal and penal code in Nigeria. Sexual harassment, sexual assault and rape is a clear violation of Article 3 (4) of the protocol to the African Charter on Human and Peoples rights on the Rights of Women in Africa (2003), Article 2 (d) of The Convention on Elimination of all forms of Discrimination Against Women (CEDAW) 1979 and Section 24 of the Violence Against Person Prohibition (VAPP) Act 2014.

Sexual abuse of female students directly impedes on the progresses made in advancing Girl-Child education, in fulfillment of the MDGs and newly adopted SDGs, as well at the objectives sited on the AU Agenda 2063 regarding Girl-child education.

In a statement by the Nigerian Feminist Forum the body calls on the Academic Staff Union of Universities (ASUU) to;

(a) Adopt and enforce a comprehensive sexual harassment policy for its members;

(b) Penalize by delisting any of its members convicted of an act of sexual offense;

(c) Sensitize its members on the debilitating effect of sexual harassment of female students.

The governing bodies of tertiary schools should immediately;

(a) Adopt policies and measures to address the issue of sexual violation of female university students by fellow students and members of staff;

(b) Operationalize a comprehensive policy on eradicating sexual harassment on campus;

(c) Put in place a victim’s response mechanism for reporting, investigating and prosecution of perpetuators of sexual violence against female students;

(d) Conduct a mass sensitization on sexual violence across all campuses in Nigeria.

“The NFF is ready to offer its support and expertise to the ASUU, body of Vice-Chancellors, the National Universities Commission (NUC) ministries of education and other policy makers at federal and state levels as well as the police and law enforcement agencies, in developing appropriate skills, standards, protocols and processes to urgently respond to this growing epidemic of sexual violence in educational institutions in Nigeria.”

The group also appealed to members of the CSOs and Media to;

(a) Support victims to report cases of sexual harassment and abuse;

(b) Ensure the full prosecution of perpetuators of sexual crimes against women;

(c) Ensure that the ongoing cases of 2 university lectures before the law courts are not swept under the carpet;

(d) Victims of sexual abuse are given the right support and care and;

(e) Issues of sexual abuse are kept in the front burner of national news.