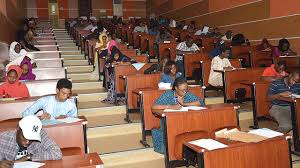 Higher institutions of learning exist to further transform its students and make them model members of the society. Students are a trust given to their teachers by parents and god almighty. It is unfortunate,that some group of lecturers of the Sokoto state polytechnic have decided to throw away all ethics and pride associated with the teaching profession by inventing a new educational policy of ‘sex for grades’in the institution.

This group of lecturers, go about threatening,intimidating and blackmailing female students of the polytechnic into having forced intimate affairs with them or risk failing woefully regardless of whether the students pass legitimately or not. Though this behaviour is not peculiar to the school alone,the rate at which the act is being perpetrated in the school under the very nose of the school authorities is alarming. There are numerous un investigated cases of missing scripts,carry overs and spill overs that were as a result of the female students choosing the part of honour and refusing to give in to the demands of the grade for sex lecturers in the institution.

The story of halima (not a real name) best describes what has become a daily occurrence between female sudents and sex for grade lecturers in sokoto poly. Halima who was admitted into the school last year,was asked out by a lecturer. When halima refused, the lecturer threatened her and promised to deal with her for having the audacity to refuse him. Halima forgot all about the incident and went on with her studies. she sat for exams and went home for holidays only to return and find” ABSENT” written all over her result sheet. Halima went and complained to the officer in-charge of examinations,who happens to be the same fellow whose advances she rejected. The lecturer told her that,the reason why her result indicates absent though she had written the exams is because she refused him. He went further to advise her to pack her bags and leave the school because according to him, “she would never graduate if she doesn’t give in to his demands”. When I asked halima if she had reported the case? She answered yes, and said the first question the head of department asked is if the lecturer in question had ever shown interest in her. This shows that the school authority is fully aware of the activities of the lecturers,but decided to keep silent for reasons best known to them.

Another related story happened to a close relative of mine. The female relative had to leave the school and seek admission elsewhere because of the harassment of one of such rapist in educational gowns.

Some may ask why the girls shy away from reporting such harrasment? The answer is simple. They try to avoid the stigma attached to being raped and also have no confidence whatsoever in the authorities concerned. Another reason is the fact that the group is organised like the crime syndicate that it is, a victim might end up reporting to a member of the group unknowingly.
Though the female students are not without a blemish,as some of them try to entice the lecturers for easy grades. Nevertheless I am of the opinion that any lecturer worth his salt,will not give in to such temptations considering the fact that the students are a trust.

These activities going on in the polytechnic of sokoto state, shows the failure of the school management. This indicates the lack of leadership and gross incompetence of the people at the helms of affairs in the school. They have aided and abated rape,blackmail and intimidation in the institution that was once a role model for discipline and scholarship.
I will like to use this medium to call on His excellency the executive governor of sokoto state, to as a matter of urgency look into the activities of the sex for grade lecturers and prosecute the culprits. I will also like to call on the women activist to put pressure and compel those in authority to look into the situation,before things get further out of hand.